The Married Women's Property Act, 1874 or the MWP is a legal safeguard available to protect the financial interest of a dependent wife, children or both in case of sudden demise of the policyholder. The MWP Act is applicable on term insurance and life insurance policies to ensure that the sum assured is protected for use of only wife/child/children or both (wife and children) and no other liability (loan payoff, debt payoff, joint family rights etc. ) is attached to this sum

What is the MWP Act?

Women's rights in India have always been an issue, when approached from a social, political or legal perspective. This is because women in familial roles (mothers, daughters, sisters and wives) are often dependent partly or wholly on the men of the family and rarely exercise any right over their own assets. This often leads them to be victims in property disputes and more often than not, women are left penniless without any financial security for herself or her dependent children.

Hence, the Married Women's Property Act, 1874 or the MWP was enacted to curb this injustice. The Act ensures that a married woman in India has a separate and sole right to her property. The MWP Act thus dictates that a married woman's separate property cannot be owned/used or claimed by anybody else, not even her husband, parents, in-laws, children or brothers. It is a legal safeguard for a woman's assets which assures her and her dependents' financial safety and is avail.

The MWP Act, 1874 was amended in 1923 to include life insurance policies made out in the name of the married woman or her children or both and Section 6 of the MWP Act reads :

Hence, the MWP Act entails that if a married man, including a divorcee or a widower, buys life insurance plan with the MWP addendum, the insurance benefits upon maturity or death are the sole property of nominated beneficiaries and no one else, including the policyholder himself, has any right over these benefits.

The entire sum is treated as separate from the policyholder's estate and hence, these benefits cannot be used for repayment of debt or loan or form part of joint family property, in case of untimely death of the policyholder.

How Does The MWP Act Protect My Family?

However, many times, beneficiaries or dependents fall prey to creditors, greedy relatives or loan hawks who try to snatch the 'insurance money' for repayment of loan or debt. The MWP Act creates a trust in the name of the beneficiaries, ensuring that only the insured wife and children receive the money. There are several benefits to buying insurance with MWP Act, such as:

Benefits of Buying Insurance with the MWP Act

Besides non-disruption of the Women's Property Rights in India, some other popular benefits of buying insurance with the MWPA (MWPA full form- Married Women Property Act) :

Safe from an outside claim :

Such a policy cannot be claimed by relatives of a policyholder as it is specifically meant for the benefit of the wife and children only.

Safe from creditors after sudden death :

If the policyholder leaves behind any outstanding loans and debts, creditors cannot claim for settlement on the term policies that are protected under MWP Act.

Safe from any misunderstandings :

Policy under MWP Act cannot be made part of the will of the policyholder as the insurance under MWPA acts as a separate trust.

Safe from any dispute :

Who Can Opt For Insurance Under MWP Act?

Who can you name as beneficiaries in Insurance under MWP Act, 1874?

The beneficiary can only be :

In no case, the husband or any other relative can be a beneficiary under this policy, even if the husband maintains and pays premiums of the policy.

Beneficiaries, once decided and nominated will remain unchanged throughout the course of the policy.

In case of divorce, the wife continues to remain a beneficiary and cannot be changed.

In case of early demise of the beneficiary wife, the legal heir of the policyholder is eligible to claim insurance amount. Hence, it is important to declare more than one beneficiary at the time of buying policy.

*Tax benefits are as per the Income Tax Act, 1961, and are subject to any amendments made thereto from time to time’

The article is meant to be general and informative in nature and should not be construed as solicitation material. Please read the related product brochures for exclusions, terms and conditions, warranties, etc. carefully before concluding a sale

Consult with your financial advisor before making any decisions on insurance purchase. 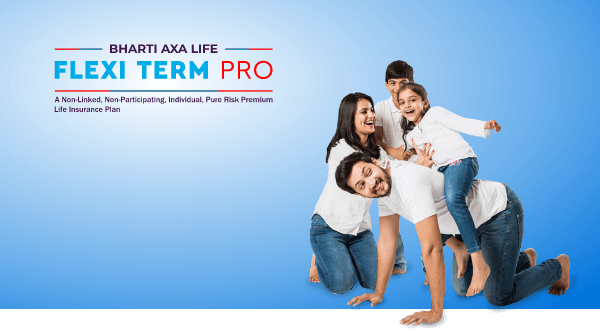 Can loan be taken under a policy issued under MWPA?

As a policyholder, individuals are not permitted to obtain a loan against MWPA-endorsed policies. If you surrender a cash-value policy, the proceeds will be distributed to the beneficiaries. Furthermore, if you sustain the policy term, the maturity instalments will be paid to your beneficiaries.

The MWP Act makes it very simple to buy a policy. Steps are as below :

Under the MWP Act, any married man (including widowers and divorcees) residing in India can purchase a life insurance policy to guarantee that the benefit goes to the children. The policy can be purchased in a single name by the proposer himself so that your wife and/or children can benefit from it.